SATURN RETURN is an experimental self-help video. Two women give advise on how to navigate the existential crisis at the end of your twenties, that is brought upon you by a specific cosmic constellation. After 29,5 years Saturn returns to the position it had on the day you were born, completing one cycle around the sun. Typically that phase is accompanied by drastic changes in people’s lives, uncertainty and fundamental re-evaluation. 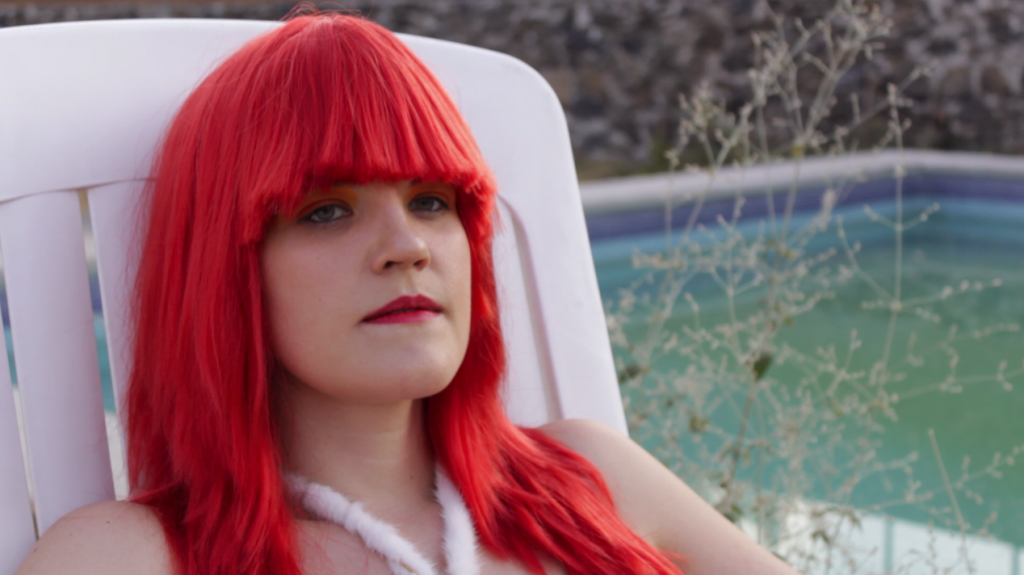 The esoteric experts of SATURN RETURN re-enact the most dramatic episodes of their own experience for illustration. In ever changing costumes and locations they take on the roles of themselves, their (ex-)lovers and rivals. SATURN RETURN references soap opera dialog and shooting style as well as self-help literature and videos. In doing so it sets out to confuse ideas of consistent identities and gender norms in relationship dramas.